Some of our best Global Health campaigns

New Vaccines is Effective against Ebola in Large Trial in Guinea 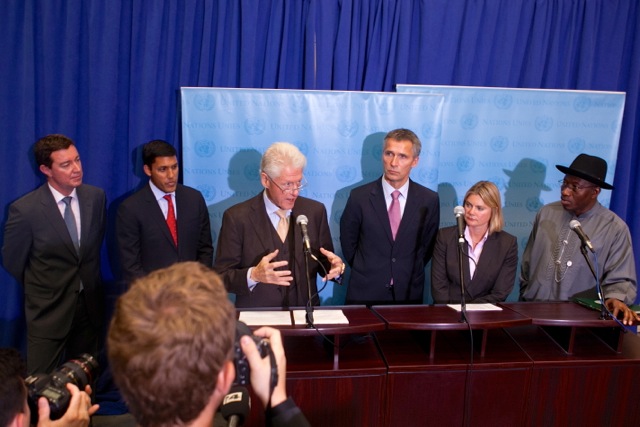 New Harvard Study: Who, Where and Why Americans Live Longer or Die Sooner

More than 30 years separate Americans with the greatest life expectancies from those with the lowest. The new study, Eight Americas: Investigating Mortality Disparities Across Races, Counties and Race-Counties in the United States
Client: Harvard School of Public Health.
Partners: Harvard Initiative for Global Health
Media Reach: global audience of 250 million in the United States

Cardiovascular Death and Disability Can Be Reduced More Than 50 Percent

End to the 30-year War against AIDS in Sight

The program seeks to reduce substantially the human suffering and economic losses due to one of the world’s most costly diseases. Malaria causes an estimated 300 to 500 million acute cases per year, with most deaths occurring among children in Africa –nearly 3,000 die each day. It has been estimated that malaria accounts for about 10 percent of the disease burden in Africa
Client: World Health Organization
Partners: World Health Organization, United Nations Children’s Fund (UNICEF), United Nations Development Programme (UNDP), World Bank
Media Reach: global audience of 500 million

Largest Trials Ever Show Mosquito Nets Could Save 500,000 African Children a Year –at Very Low Cost

Handwashing Could Save One Million Children’s Lives Each Year

The simple habit of handwashing, if widely adopted, would save more than one million lives around the world yearly, most of them children under the age of five in poorer countries.
Client: GlaxoSmithKline
Partners: GlaxoSmithKline, African Medical and Research Foundation and Plan International
Media Reach: global audience of 350 million

Addition of Iron and Iodine to Salt can Improve the Health of More than Half the World’s Population; Annual cost will be less than 15 cents per person
Client: Nutrition International
Media Reach: global audience of 250 million

See more of our work on